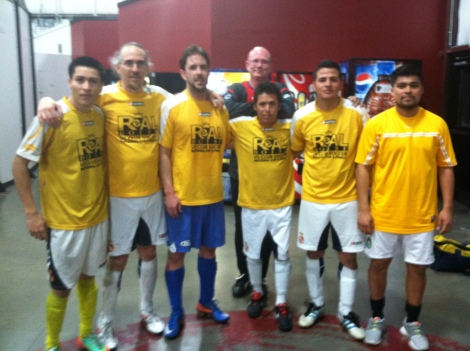 The Mourinho team’s men finished number 1 in the standings with 7 games won and 1 lost. They were also the team with more goals scored (75) and least received (43).

With this outstanding performance, the team achieves their second promotion in a row!

Silvino Rivera clinched the Leadeboard with 31 goals and 11 assists.

Final standings and scores can be seen at: